A Platform for Business.

ASB Bank have always led the way to help Small Business in this country to
stay ‘One Step Ahead’.

Together we designed and built a platform to help owner/operators stay on top of their data and make smarter decisions.

a team that has been set up to deliver products that help ASB’s business customers and in some ways help challenge internal thinking from within the bank.

Some would describe David as a bit of a maverick... but after getting to know him further, would lean more towards ‘a rebel with a strong desire to help people and get shit done’.

It’s fair to say we instantly liked him.

David needed something with a little more visual polish to demonstrate that his concept could work, and to win support from ASB’s internal fund and stakeholders to get it designed and built.

“We love a challenge, so we kicked off
a ten-day ideation process.”

From the initial ideation, David and his team were able to get backing from ASB to begin design and build. We also were lucky enough to become his design and development partner for the platform.

Armed with our early dashboard concepts, we quickly realised we needed to take a step back and talk to more people running businesses and identify some of the issues they were facing.

From our research and user testing with dashboards, we found a number of problems that kept on coming up from our business owner/operators.

“All my data comes from different sources - each with its own voice.”

“The data I am presented in a dashboard feels a little overwhelming. I'm good at my job but I dont have a harvard business degree.”

“With the data I struggle to understand what actions I should take to help improve my business health.” 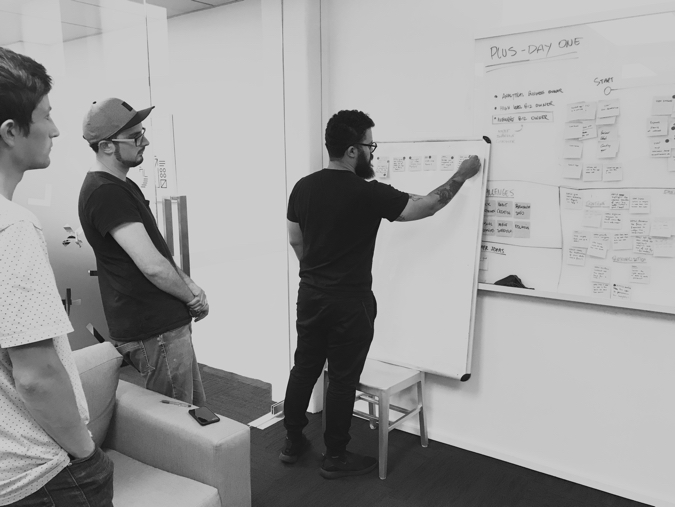 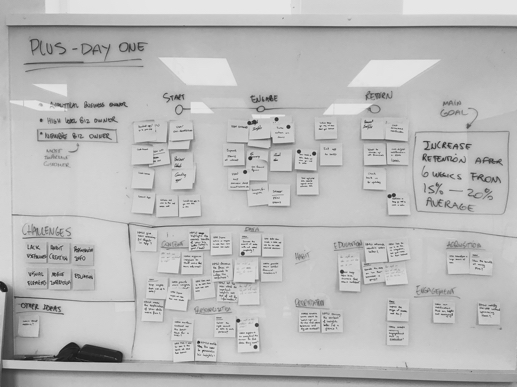 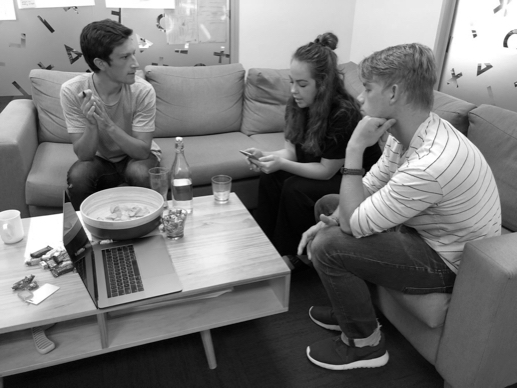 "The data I am presented in a dashboard feels a little overwhelming. I'm good at my job but I don't have a Harvard business degree.”
- Example of user testing feedback

This helped us figure out some of the key areas that our product could help solve during the design and discovery phase.

We began looking at interpreting data from a number of different lenses - the current numbers heavy method on a dashboard was obviously scaring and confusing people.

Traditionally a number of data tools have taken a dashboard first approach.

One of the approaches we were interested in testing was our idea of a Daily Feed. Like your social feed, this focusses on your business, presenting human-readable insights generated from our BI engine.

This tested very well with users. It meant that instead of having to identify and search for important data on a numbers heavy dashboard, the info they needed would appear on a snackable feed they found easier to consume.

We liked this approach as it meant that the more the user engages, the smarter we can be about what information they can see and in turn create a hierarchy for the busy.

“Roam across the board has got
a team of phenomenal
thinkers. Their can-do attitude
was very impressive.”David Bell

We had now identified a simple approach for users to discover data but still had a number of big calls to make on the core product with the team at ASB Business Ventures.

They had to be the right calls and be made yesterday, we were running at speed downhill - startup style.

Business
banking as a
platform.

Given the size, scope, and scale of a project like this, ASB would be forgiven for wanting to build this product just for their customers.

However, the more we talked to prospective customers the more we realised that all businesses faced the same problems and want to improve their business - it didn't matter who they banked with.

After several discussions with David and his team, they approached ASB with their preferred decision. The powers that be backed them fully and were more than willing to get on board with making this an open platform for any business owner.

It was settled. We were an inclusive platform rather than an  exclusive one.

“It re-enforces the fact that the team driving
this from within ASB are truly seeking to help
small businesses in this country - no matter
where their accounts are held.”

The raw data we needed to power this product is immense (sometimes even a little scary). We needed to come up with a way to update our data records with the software providers that our customers use at near real-time.

We began by looking for a number of third party vendors to leverage for a data sync to help us achieve this. We settled on a provider for the initial MVP which we were happy with (or so we thought).

After initial MVP testing, we quickly found out that if we were serious about Plus as a product, we would need speed and accuracy in development during its lifetime.

The third party we had selected wasn’t able to give us that service, which was a massive disappointment for us and the entire team.

Only one thing to do - a decision had to be made to build this ourselves - this meant extending our timeline and ramping up our Backend team considerably.

Our team took this challenge on head first. After close to a year of countless days and nights of architecture / development & testing, our incredible API team managed to create the first version of our data sync engine codenamed ‘Bloodhound’.

This was a massive win for this product. We could now turn around new data improvements and features in a fraction of the time previously needed with more sync accuracy and speed to boot.

It also meant that we could make sure that the data we were storing for our customers would not be shared with anyone else unless they had permitted third parties to use it.

Boooyaaaa!! - we had built a rocketship to help our customers.

It was over 1 year of development and took a team of 18-25 incredible people to create Plus by ASB from within Roam and ASB. It’s fair to say this was a massive platform for business owners in this country and a mammoth effort from both companies. 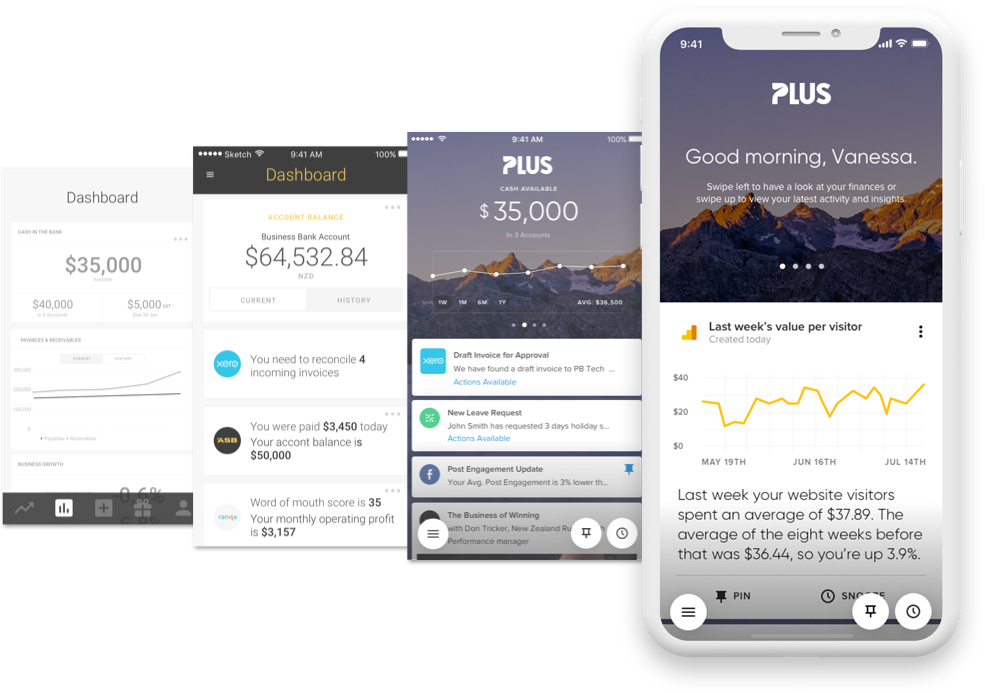 After launch, we received great feedback on the product - we were all super happy that our product was being received with some real emotion.

It wasn't all smooth sailing though - we have many things to improve on so no big wrap party. Our team is back in the studio to add more value for our businesses in upcoming releases.

Facebook and Google Analytics insights are on their way with additional features to help retrieve any business data on the fly. 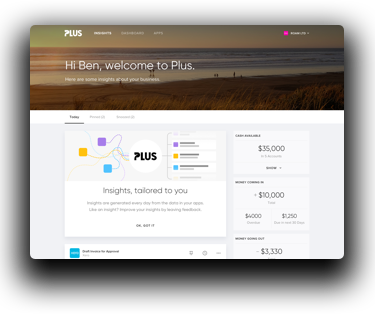 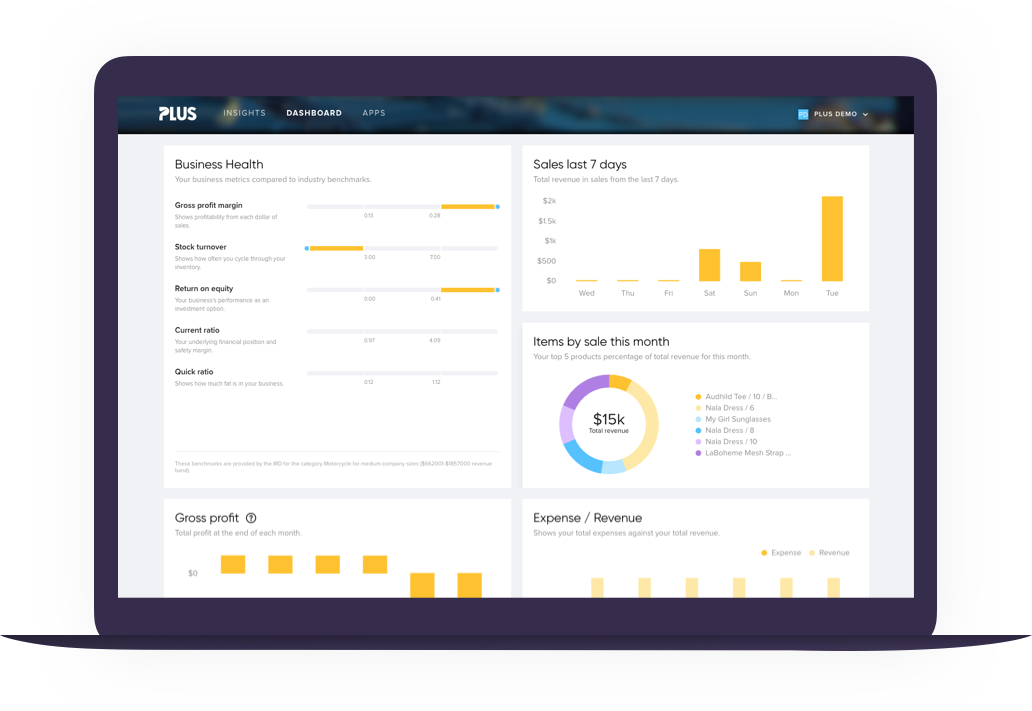 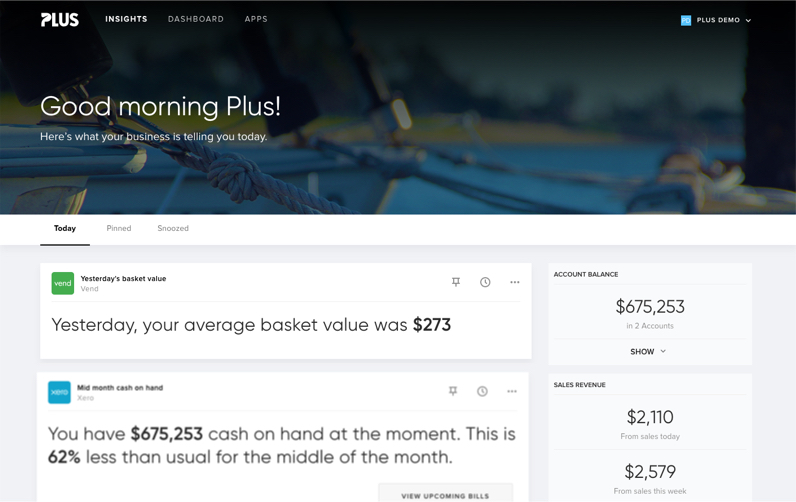 We have had a very successful response to this product. It has already won a Canstar award for its efforts and users have given us great feedback and have been very engaged to help us make the product even better. We hit our target of 1,000 users in the first 4 months so are well on track to prove out this product here in New Zealand and potentially now overseas.

Has Plus helped you understand
your business more?

Has Plus saved you time
during your work day?

Work backwards from a release date

When creating large platforms it is hard to estimate all the tasks, so taking a pragmatic Agile approach means working backwards from a release window (a date range) and horse trading features and regulatory requirements to land in the window. We've learned that if the release window is a single date and set in stone it leads to dropping critical features which impacts long term success.

Platforms are not products

We always thought there would be a big difference in creating a platform over a product but in hindsight probably didn't realise just how large that difference would be. Platforms require a huge amount of resource and money to get on their feet and we recommend realistic budgets and effort planning.

There is a strong perception from some people that banks don’t care about their customers. After going through this product with ASB we can with absolute conviction tell you that this perception is wrong. The business banking team within ASB work tirelessly to help support their business customers. Throughout our dealings with them on Plus, they have always asked questions that put their customers’ wellbeing first over themselves or the bank.

One of the real tricky parts of the platform was knowing the right insights to show our users on the daily feed.

In short, there is no magic solution to this - more of a case of setting good guidelines for creation and testing the insights with a controlled group of customers before pushing to production.

The number of learnings we uncovered as our product went to market means we need to constantly be improving, tweaking and improving our algorithm to make this feed even smarter and more tailored for our customer.